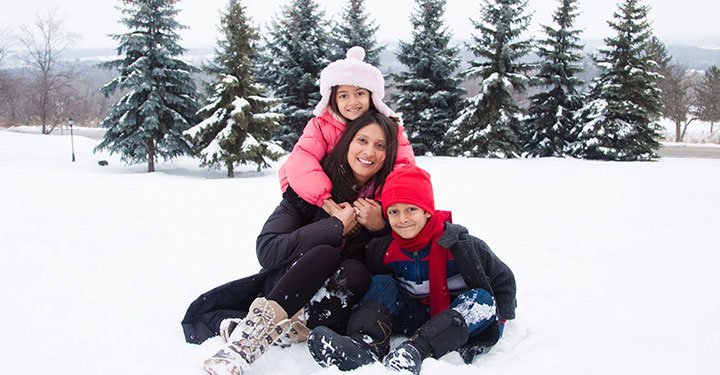 Are you interested in finding out which of India’s hill stations receives the most snowfall? There is no need to look any further; the following are the top five locations in India to witness snowfall.

Also, be aware of when the snow is likely to fall in India. Get familiar with these top locations in India where you can observe snow.

Jammu and Kashmir, which is a state in India have a beautiful snowfall spot named Gulmarg in the Baramulla district. Gulmarg is also a hill station, a popular place for skiing, and a notified area committee.

In the western part of the Himalayas, in the Pir Panjal Range, is where you’ll find the Gulmarg.

Originally known as Gauri Marg, which literally translates to “the route of Devi Gauri,” the name was altered to Gulmarg by Yusuf Shah, who ruled under the Chak Dynasty.

On Mount Apharwat, which is accessible through a gondola lift, a variety of winter activities including tobogganing, skiing, snowboarding, and heli-skiing are played out.

The mountains of Nanga Parbat and Harmukh can be seen in their entirety from a number of vantage points atop Apharwat peak and Khilanmarg.

Check how you can get your urgent Indian visa for Irish citizens.

Tezpur, Salonibari airport is near Tawang. The distance from the airport to the city of Tawang is around 390 kilometers, and the most expedient way to get there is by road (by cab or bus services).

Snowfall occurs in Tawang every year during the months of December and January. In addition, there is a ski lift located in the village.

Visitors to Tawang, as well as visitors to the rest of the state of Arunachal Pradesh, are required to have a special Inner Line Permit (ILP) issued by the relevant government entity. This permit can be obtained through offices in Kolkata, Guwahati, Tezpur, and New Delhi.

Another one of Tawang’s most popular sights is the Tawang Monastery. There are claims that it is the world’s largest Buddhist monastery outside of Lhasa, which is located in Tibet. Because the sixth Dalai Lama was born there, Tibetan Buddhists consider it to be one of the most important holy sites in all of Tibet.

Train travel is another option for getting to Tawang. Rangapara Railway Station, located 383 kilometers away from Tawang, is the station that is the closest to it via train.

Sikkim’s administrative center is located at Gangtok. At an altitude of 1,650 meters, Gangtok may be found in the Himalayan range’s easternmost section (5,410 ft). The town is surrounded on all sides by snow-capped mountain ranges, including the Himalayas, which loom large in the distance.

The hills are cradled among the higher peaks. Mount Kanchenjunga, the world’s third-highest mountain, can be seen to the west of the city. Its elevation is 8,598 meters, which is 28,208 feet.

Gangtok, which is located within the high mountains of the Himalayas and has a temperature that is pleasant and temperate throughout the year, is the epicenter of the tourism industry in the state of Sikkim. There are many heavily wooded areas in the vicinity of Gangtok.

Getting an Indian visa for Italian citizens is super easy if you know how to avoid visa rejection.

Kullu also spelled Kulu, is the name of the town in the Kullu district that serves as the capital and is located in Himachal Pradesh. It is situated between Manali and Largi in the Kullu Valley, on the Beas riverside in the middle of the valley.

This valley is well-known for its religious buildings, as well as its rolling hills that are covered in pine and deodar forest, and its enormous apple orchards. The Pir Panjal Range, the Lower Himalayan Range, and the Great Himalayan Range surround the Kullu valley on all sides.

In addition, the Great Himalayan National Park (GHNP) may be found in this region. The valley is home to a rich variety of plant and animal life, including some of the world’s most endangered species, such as the Himalayan tahr, Himalayan brown bear, western monal, and tragopan.

Kullu Dussehra is a festival that takes place in this city every year and lasts for seven days. It commemorates the triumph of Avatar Lord Rama over the demon king Ravana.

The Hidimba Temple may be found in the Manali neighborhood of Dungri. The temple is well-known for its elaborate wood carvings and its pagoda construction; also, it is the home of Hidimba Devi’s footprints, which have been carved into stone.

You are sure to catch some snowfall in late December or early January if you visit Auli or Dhanaulti because they are both tucked away in snow-covered mountains.

Auli may be found in the Chamoli district of Uttarakhand, which is in the Himalayan mountains of India. Auli, which can also be referred to as Auli Bugyal in Garhwali and literally translates to “meadow,” is found at an elevation ranging from 2,500 meters (8,200 feet) to 3,050 meters (10,010 feet) above mean sea level.

After the establishment of the state of Uttarakhand, Auli becomes the most important tourist destination since it is a popular site for both skiing and trekking. A panoramic view of the Himalayan peaks may be seen from this location, which is bordered by oak and coniferous forests.

The terrain is designed to accommodate both experienced skiers and those who have just started out. In addition to a maintained hiking path, it features a chairlift, a ski lift, and a cable car that is 4 kilometers (2.5 miles) long.